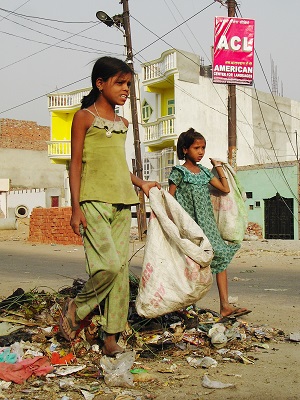 According to the World Bank the swift and massive global shock of Covid-19 and the measures to contain it have plunged the world economy into a severe contraction.

According to World Bank forecasts, the global economy is set to shrink by 5.2 percent this year representing the deepest recession since the Second World War, with the largest fraction of economies experiencing the largest declines in per capita output since 1870, according to their June 2020 Global Economic Prospects. Download here for depressing reading.

Economic activity between advanced economies is anticipated to shrink 7 percent in 2020 with domestic demand and supply, trade, and finance severely disrupted.

Emerging markets and developing economies (EMDEs) are expected to shrink by 2.5 percent this year, their largest collective decline for sixty years,  with per capita incomes expected to decline by 3.6 percent – tipping millions into extreme poverty.

The hardest blow is hitting countries worst affected by the pandemic and where there is heavy reliance on global trade, tourism, commodity exports, and external financing.

While the situation in each country will be different, all EMDEs have vulnerabilities that are magnified by external shocks. Moreover, interruptions in schooling and primary healthcare access are likely to have lasting impacts on human development.

“This is a deeply sobering outlook, with the crisis likely to leave long-lasting scars and pose major global challenges. Our first order of business is to address the global health and economic emergency. Beyond that, the global community must unite to find ways to rebuild as robust a recovery as possible to prevent more people from falling into poverty and unemployment.”

In a best case scenario, assuming the pandemic recedes sufficiently to allow the lifting of some mitigation measures by mid-year in advanced economies and a bit later in EMDEs; adverse global spillovers ease during the second half of the year; and that dislocations in financial markets are not long-lasting — global growth is forecast to rebound to 4.2 percent in 2021, as advanced economies grow 3.9 percent and EMDEs bounce back by 4.6 percent.

However, the outlook is massively uncertain given the inability of nations to cooperate and the downside risks are potentially huge; including the possibility of a more protracted pandemic, financial upheaval, and retreat from global trade and supply linkages.

A worst-case scenario could lead the global economy to shrink by as much as 8 percent this year, followed by a sluggish recovery in 2021 of just over 1 percent, with output in EMDEs contracting by almost 5 percent this year.

The U.S. economy is forecast to contract 6.1 percent this year, reflecting the the lack of coordinated pandemic-control measures.

Euro Area output is expected to shrink 9.1 percent in 2020 as widespread outbreaks took a heavy toll. Japan’s economy is anticipated to shrink 6.1 percent.

“The COVID-19 recession is singular in many respects and is likely to be the deepest one in advanced economies since the Second World War and the first output contraction in emerging and developing economies in at least the past six decades. The current episode has already seen by far the fastest and steepest downgrades in global growth forecasts on record. If the past is any guide, there may be further growth downgrades in store, implying that policymakers may need to be ready to employ additional measures to support activity.”

Consulting Analyst Ryan Perkins’ articles and research have been featured in publications around the world and their analysis has been used by global companies such as Transport Intelligence, Parcel Force, UPS and the Economist Intelligence Unit. View all posts by Perkins