With US-China relations at its lowest point for decades and dangerous military machinations in the region, Taiwan is playing a dangerous balancing act between two superpowers – a balancing act that is looking increasingly intangible.

In May, amid a vaccine debacle, and in the aftermath of a typhoon that nearly crippled the island Taiwanese President Tsai Ing-wen attended The Copenhagen Democracy Summit, organised by The Alliance of Democracies Foundation (AoD) which is, so say, dedicated to the advancement of democracy and free markets across the globe – or against nations that don’t fit in the U.S. model of global geopolitics. The Foundation as established in December 2017 by former NATO Secretary General Anders Fogh Rasmussen together with businessman Fritz Schur and lawyer Klaus Søgaard.

According to documents uncovered by CEI, for the privelidge of addressing this prestigious event the Taiwanese via teleconference, the Taiwan Foundation for Democacy paid 300,000 Euros. 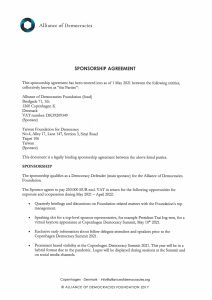 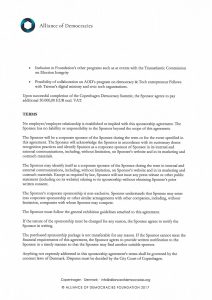 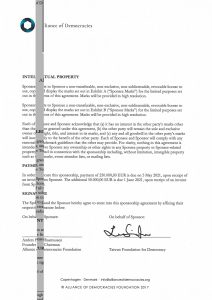